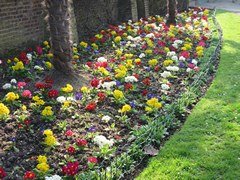 Known as Bennets Park before World War Two, additional land was purchased and the park renamed after a public campaign for a memorial to those who had died during both world wars.


Rockeries, walled garden and an ornamental lake are present along with an aviary and a childrens playground.