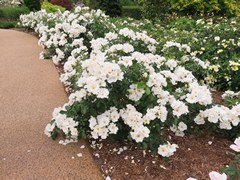 Canons Park covers 120 acres of formal gardens and open land that was developed as a public park after world war two.


Originally part of the garden that was landscaped for the Duke of Chandos. The walled garden is based on the original kitchen garden.